Getting On My Game Face: Go Hawkeyes!!

Now, anyone who really knows me knows the irony in the title of this blog, but I will give a little background for those who don't know what that's all about.

Last year around this time, I was preparing for a new chapter in my life. I was packing up the best 4 years of my life spent learning and loving in New York City, to start a grad school program at the University of Iowa. After making a long pros & cons list, and conferencing with my close friends, family and mentors, I chose to bite the bullet and move to the Midwest in order to attend a huge public university, where I would earn my Master of Fine Arts (MFA) in Dance concentrating on choreography. While this move was completely in line with my 5 year master plan, as far as my everyday and social life was concerned, it was a move into an entirely opposite world from the fast paced, culturally enriching, socially engaging life I had come to adore in NYC.

While the practical positives keep me where I am (with rent for a one bedroom apartment and all my bills costing me less than $700/month - impossible in NYC; full health and dental insurance with a part time job; and practically unlimited resources for becoming the best dancer and choreographer I can be), the reality of living in IOWA, in a college town, has been, well... complete culture shock and a serious adjustment.

For instance, I do not care about sports. Yes, I tune in when the NBA playoffs or March Madness are going on, and I get a little hyped for the Super Bowl (or at least keep watching the playoffs until the Ravens lose out), but in general I do not care about anybody's football, baseball or whatever. Yet, not only did I end up at a Big Ten school who's crazy about football, I live ACROSS THE STREET from the football stadium.

This is the view from my living room window, and on days of Home games in the Fall football season, I awake on Saturday mornings around 5 am, to the sounds of little kids throwing footballs at my bedroom window, the college radio station setting up shop on my front lawn, and the sight of hoards of people dressed in gold and black consuming beer after beer after beer.

Everywhere you go in this town, "HAWKEYES" labels the back of every car, every t-shirt, and window of a home or storefront. What is there to do on a Friday or Saturday night? Go downtown to the bars and drink... $1 You Call It... anything alcoholic you want in a mini-pitcher is all yours. Now don't get me wrong, there are great cultural attractions that come through Iowa City's Hancher Auditorium - especially in music and dance. A few of last year's highlight's included Daniel Bernard Roumain (if you don't know, you need to know!), Movin' Out, and Alvin Ailey. Yet, right outside this college town is nothing but flatland and cornfields. More noticeably, I had to learn how to navigate an institution of more than 20,000, I moved to one of the most undiverse states in the US (like 2% black people), and winter time is beyond cold (temperatures reached as low as -40 degrees farenheit, and note freezing is 32). Since I was so far away from home, I was left with no choice but to start from scratch and build a new support network; and in terms of my needs for human interaction, living by myself is NOT the business.

The biggest challenge by far though, was realizing that even though I have been involved with dance 19 of my 23 years on this earth and have so much experience with the art in so many ways - that alone is not enough. It has become clear to me in this i o w a setting that I have to prove not only my ability, but my worth, my ambition and my drive. I have never been so arrogant as to think that I was coming there with nothing to learn - in fact, my attitude was quite the opposite. But after several seemingly missed opportunities, and so many compliments about my dancing that came so late they felt like insulting jabs, I realized that I have to make a strategy and act on it. More plainly, I have to spell out who I am and what am about since it doesn't seem to be obvious, and I have to demand what I want.

So once again, I say goodbye to classy (and expensive) cocktails, open dance classes, crowded subways, too many performances and excursions to choose from, the plethora of cultural neighborhoods (Harlem being my favorite), so many ambiguously ethnic people, and adventurous explorations of the five boroughs. This time around I have my game plan laid out, my support network already in place, and I am ready to play ball. I said from the beginning, this is just a stepping stone to where I know I want to be, and apparently I really have to engage myself with the Iowa Hawkeyes to make that happen.

So here's to my 20th and last consecutive year in school, a degree and experiences that will help launch my dance career, another really really cold winter, and tailgating on my front lawn. 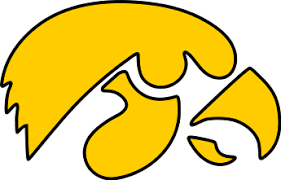 Posted by Sydnie Mosley at 4:33 PM

aww. i love NY and all that is has to offer.. i haven't given iowa a try yet, but maybe someday.

i can't believe you're almost done with your MFA! i'm so excited for all the amazing things all of us are going to do!