Is Dancing Terrorism?: Andre Zachery's The Inscription Project at FLICfest 2015


Is Dancing Terrorism? This is the question posed mid-way through Saturday night's performance of The Inscription Project, the first work presented under Renegade Performance Group's AFROFUTURISM series. The fifty-minute work is an abstract exploration on the creation of graffiti art in urban environments and its political implications. Inspired by Andre Zachery's study of the work and philosophy of the late artist Rammellzee, I remember the work best as a collection of non-narrative images brought together by that question, Is Dancing Terrorism?:

There is Sarah Chien wearing two hoodies zipped together moving her torso back and forth in a spiral, swinging multiple arms. She reminded me of all the majestic, larger than life graffiti murals I have ever seen on the side of a building, and then thought to myself how the artist(s) must have had multiple arms to complete that work. 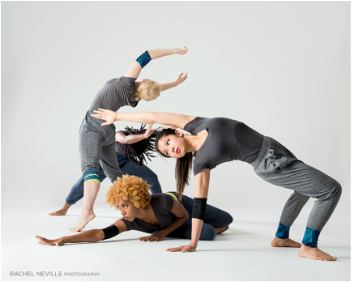 There is Nehemoyia Young running away from a projected photo of armed police in Ferguson with the text "Blue Lives Matter" across their bodies. Suddenly the imaginary spray from the can was not paint, but tear gas to spray down black protestors.

There were the many moments the dancers just stopped directly front and stared back at the audience - a challenge? A dare.

And of course the mesmerizing physicality of Zachery's physical propulsion technique which is described on his website as "three-dimensional, highly physical, acrobatic, momentum-based floor work." The dancers dart, roll, tumble, balance inverted and of course, fly with virtuosity that made me want to holler out loud, "Dance y'all!"

I wanted the work to be shorter; trimmed so that the audience felt the greatest impact of the movement ideas explored. I think about how I have never seen a graffiti artist at work. Instead, I might walk by a building one day and it has been tagged. I wanted this dance to reflect that - a work masterfully built, quickly, without me even realizing. 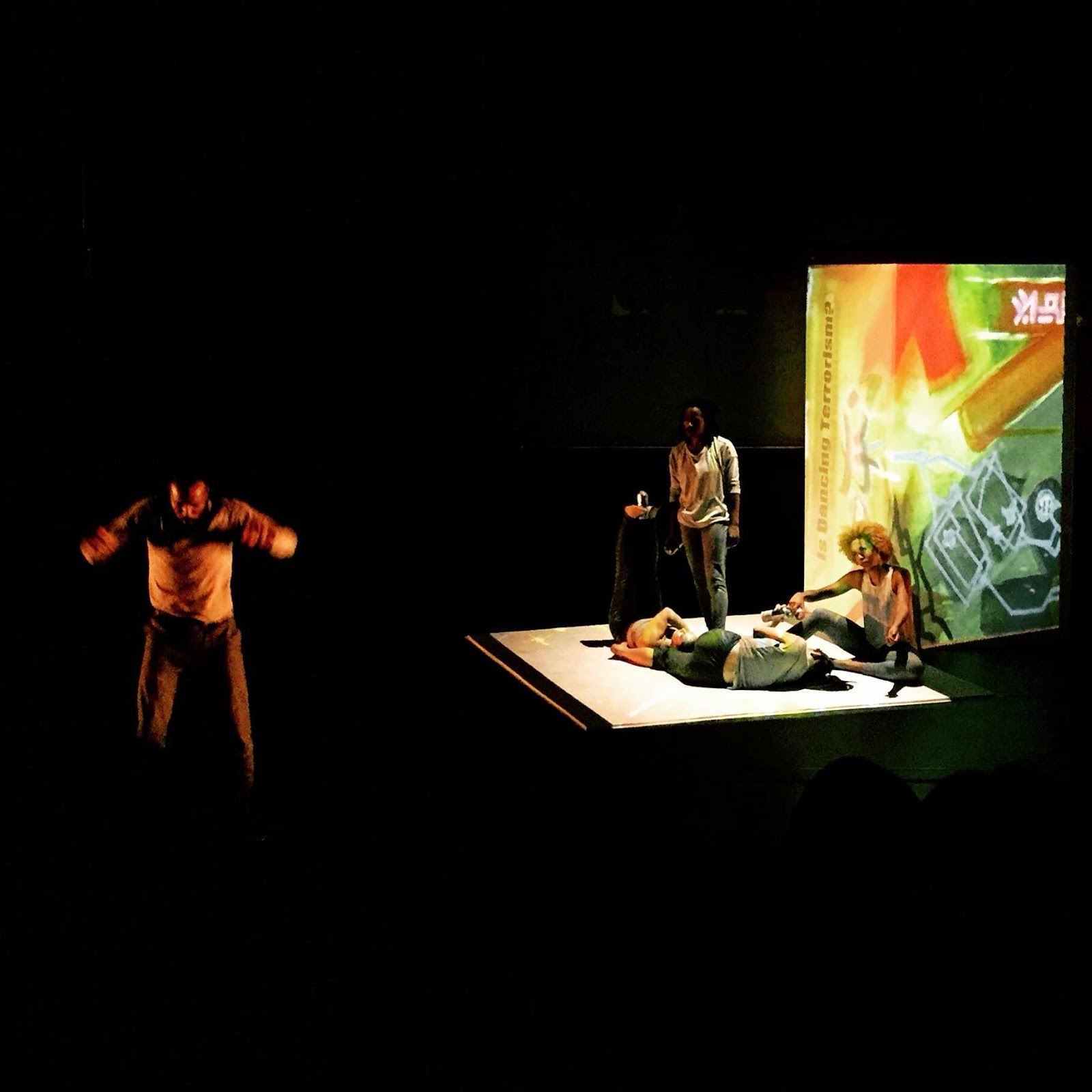 A friend asked me afterward, what part of the work do I think lends itself to AFROFUTURISM? For me, the answer lies in the way the work handles gender. We are talking about graffiti, after all. And the drum, bass and technology-driven production of hip hop music. And the use of technology to create the visual/virtual landscape - projecting and then manipulating those projections. And let us not forget the most important part: the gravity defying movement that these dancers perform for almost an hour with strength, agility and ease -- not quite the break dancing we've come to associate with the hip hop movement, but masters of a similar physicality nonetheless.

Each of these aspects - graffiti, hip hop music production, technology, acrobatic floor work - are traditionally associated with the sphere of men. Yet Zachery dances as the lone man amongst four fiercely dancing women. Although we know he is the creator of the work, he does not place himself at its center or give himself anymore leverage or power within the structure of the dance. He is a part of the ensemble, playing with the magic of imaginary spray paint alongside these women. If anything, he is following their lead, listening to their choices, supporting them when necessary, and responding to the challenges they present. In the opening movement, he is the last to appear on stage accumulating into the movement pattern these women have carefully built, establishing from the start his role; he is an ally.

The Inscription Project is a collage of artistic acts of resistance and women are the face of the movement. If this dance is futuring black resistance movements it is right on par with contemporary black resistance in the real world: The Millions March NYC organized by Synead Nichols, #BlackLivesMatter movement started by Alicia Garza, Patrice Cullors and Opal Tometi, and the ongoing conversation on #WhyWeCantWait. The future of black resistance refuses to ignore the presence, leadership and wisdom of women. I am not sure if this was Zachery's intent, but it most certainly was its impact.

I sat in the front row watching this performance tingling with the palpable physicality of dancers who at moments were situated by my feet, piercing the fourth wall with their reach. Every bead of sweat on their brows was earned. Compelled to move, it took every thing in me to keep my butt in my seat. If dancing is terrorism, Andre Zachery's Renegade Performance Group is on the front lines, and I want to be moving with them.
Posted by Sydnie Mosley at 4:38 PM